Durst had the audience howling in laughter with such bits as, “I never wore a jumpsuit until I went to prison. It’s a very comfy thing. It’s easy to take on and off.”

Not all his material was about prison; he focused on his humble days before the media was all over him.

“From 1970 until 1994 I worked at the Durst family business. By ‘worked’ I mean I had various important sounding titles but I never stepped into the building.” The audience burst into laughter, tears springing from her eyes.

Durst was hard to follow, but the next comedian, OJ Simpson, swept the crowd away himself. 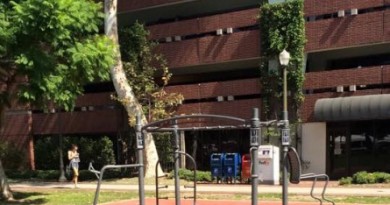