LOS ANGELES — While the rest of Hollywood waits all year for that special week known as sweeps week, one man never has to wait. NBC’s broom-wielding janitor, Hector Monte, gets to experience the rush of sweeps week every week.

Not only does he get to experience sweeps in the halls and stages of famous NBC shows such as “The Voice,” or “Chicago: DMV,” he also sweeps the stages of upcoming NBC pilots, such as “The Voice: Chicago,” and “This is Us” spinoff “That was Them.” Monte probably even gets paid for this amazing  job.

Monte paused during his 30 minute lunch break to explain his exciting duties. “Last week I cleaned up some rotten food on the ‘Superstore’ set,” said Monte.

Monte sure cleaned up. Just like the amazing Ted Danson is expected to clean up at this year’s Golden Globes for his devilishly good performance on NBC’s “The Good Place.” Do I hear Emmy buzz?

“No, that’s just my boss paging me, I should probably get back to work,” said Monte.

What a lucky guy, especially considering that the premiere of “Chicago: Dust” is next week, and oh, what a sweeps that will be. 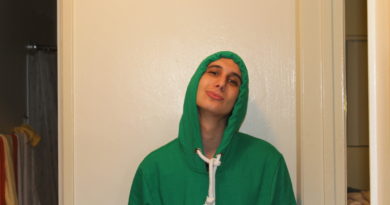