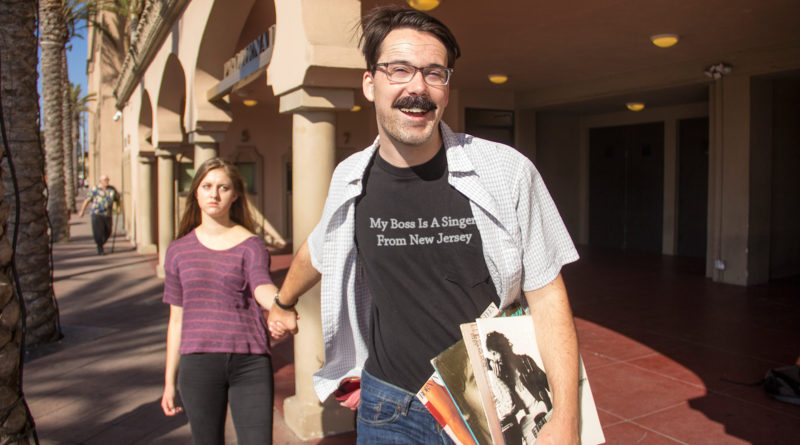 SHRINE AUDITORIUM  — Billy Wilder, or ‘Wild Billy’ as he likes to be called, has been sitting with his daughter outside of the Shrine Auditorium since 4 AM for the Bruce Springsteen concert. Billy, wearing a tattered t-shirt that reads “my boss is a singer from New Jersey,” is giddy with anticipation. His unenthused fourteen year old daughter, Mary, is totally embarrassing her dad right now, but he’s putting up with it.

Five months ago, when Billy found out Springsteen was coming to LA, he pounced on the tickets, and danced in the dark like a spirit in the night as soon as he got them.

“I was beyond excited,” said Billy, “but I knew I’d have to bring my loser daughter to the concert. Ugh, she’s so embarrassing! The other dads are going to think I’m so lame if I’m there with my buzzkill kid. I’m never going to live this down.”

Billy counted down the seconds until the doors finally opened, and rushed inside to pick up some sweet merch: one of the last men’s XL pocket t-shirts with Bruce’s face gloriously printed on it. Billy then dragged his daughter, who would’ve much rather stood in the back with the other daughters, to the front with all the other clammering fan-dads.

A hush fell over the crowd as the lights dimmed; the members of the E Street Band walked out one by one, until the Boss himself, Bruce Springsteen, stepped onto stage to uproarious applause. Fathers hurled boxer-briefs with their phone numbers on them towards the stage, and shrieked in joy as the concert began. Billy still tried not to let his uncheering daughter bring him down.

“Mary didn’t know a single lyric, not even to the classics like The River, The Rising, or every word to the seminal album Born to Run,” Billy complained, exasperated.

Finally, two and a half sweat-drenched hours later, the concert was over. As Billy opened the car door for his now slightly hard of hearing daughter, he sang the lyrics to the closing song, Thunder Road: “So Mary, climb in, it’s a town full of losers, I’m pulling out of here to win.”

With that, Billy jockied his way through the cars, and off he raced into the Night, this time listening to some Bon Jovi, gearing up for next month’s concert. 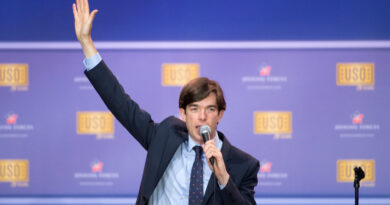 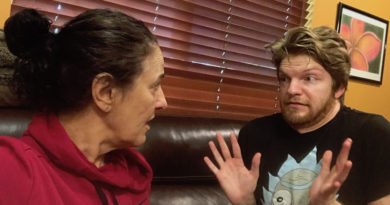