Popular matchmaking app Tinder is continuing its slew of recent feature additions with a recent update, which adds a “Desperation Mode” for those having trouble finding romance using the service.

Normally, Tinder allows users to specify particular standards for possible matches, including gender, geographic distance, and age range; two users can only start chatting if each displays interest in the other by “swiping right” on their profile.

Desperation Mode, activated automatically whenever a user has not made any matches within the past two days, sets all of the user’s standards to the most open and inclusive options available, widening the search to available singles of all genders and ages within a 100-mile radius. Additionally, anyone who swipes right on a Desperation Mode user will immediately be able to start a conversation, circumventing the usual requirement of mutual interest.

“We recently introduced Tinder Plus, our paid service, to appeal to our most prolific users with features like unlimited swipes and custom locations,” said Tinder founder and USC alumnus Sean Rad. “With Desperation Mode, we’re turning our attention to the complete opposite end of the spectrum and making sure we have something for everyone, no matter how pitiful their situation may be.”

“If Tinder hadn’t automatically put me into Desperation Mode, I might never have found Harry [Eggleston, of Oceanside, CA],” said senior Melody Phillips.

“My friends were kind of weirded out when I told them I was talking to an older man on Tinder, but Harry’s a great conversationalist. He’s got some amazing World War II stories to tell.”

Leaked screenshots of Tinder’s internal beta testing program have shown further development of Desperation Mode. After another upcoming update, anyone swiping left to reject a Desperation Mode user will be shown a series of popups asking if they really wouldn’t be willing to give them a chance. 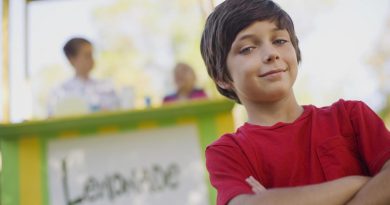