The election reporter, operating since most voters can remember, continues to be a staple of the election cycle. New Hampshire voter Rod Streets notes that the elections wouldn’t be possible without King: “I love that guy. His map is cool too. He looks like he knows his way around it. I mean, how would we count votes without him?”

(Officials at the United States Office of Voting Registrars responded that it was actually impossible to correctly tally voting results without King.)

But the elections only happen a few times a decade, so King spends the rest of his time in a box in the CNN basement. “Here’s until next year, big guy,” remarked the stage hand placing King into his box. “Looking forward to seeing you in a November or two.”

King will forever be recognized for his annual appearances in the national spotlight, along with similar figures like Punxsutawney Phil, Dick Clark, and the Baby Jesus. He’s also reportedly the easiest to care for, because unlike Punxsutawney Phil who requires round-the-clock veterinary attention, King is easily collapsed to a packable size and can feed himself with data results of previous elections.

Viewers need not fear, for it is almost a given that, although we will not get 24/7 coverage with King until next year, they will dust him off and display him for an afternoon the next time we lose an airplane in the Indian Ocean. 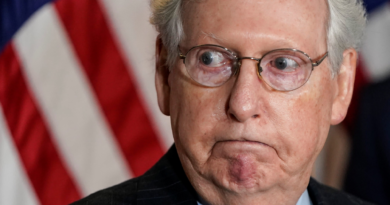