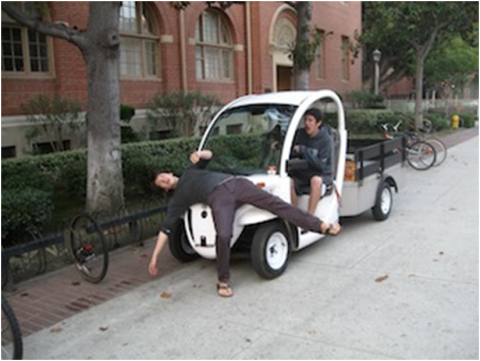 A peaceful morning on Trousdale Parkway at the heart of USC quickly turned into a horrific scene of chaos yesterday after a large, compound collision between 3 miniature vehicles.  Paramedics quickly responded to the calamity and seven victims were hospitalized.  Luckily, no one was killed in the collision.

DPS officers who came to the scene questioned witnesses and ascertained that the driver of one electric golf cart was distracted by one of the new television screens on Trousdale Parkway.  The driver then drove over the median and collided with an electric delivery golf cart from Rosso Oro pizzeria, knocking down a bicyclist on the way.  Both drivers were injured.

Another golf cart that was transporting a student who could not walk because of a broken ankle then crashed into the previous two vehicles.  The driver suffered a fractured collarbone and the student was thrown from the vehicle, breaking her other ankle.

The driver of a fourth golf cart saw the collision but was going too fast to stop.  He swerved to avoid the pileup, crashing into two pedestrian bystanders before coming to a halt.  Both pedestrians were hospitalized with unspecified injuries.

DPS performed breathalyzer tests on the drivers, revealing that, in what was a shock to many who are familiar with USC, none of them had been drinking before the accident.

Brad Jameson, a sophomore in Thornton majoring in triangle and cowbell performance, saw the disaster firsthand.  “That was totally sick!” He said, “I need to get one of those golf carts!”

In an email to the USC community, President C. L. Max Nikias said that the university would consider banning pedestrians from Trousdale Parkway and implementing a separated golf cart lane. 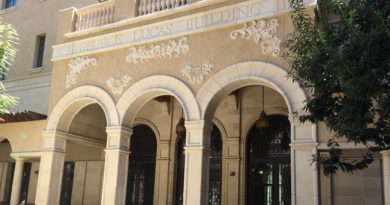 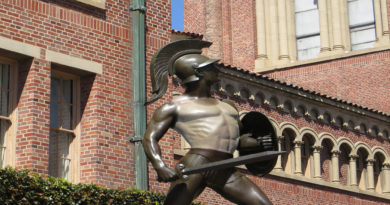