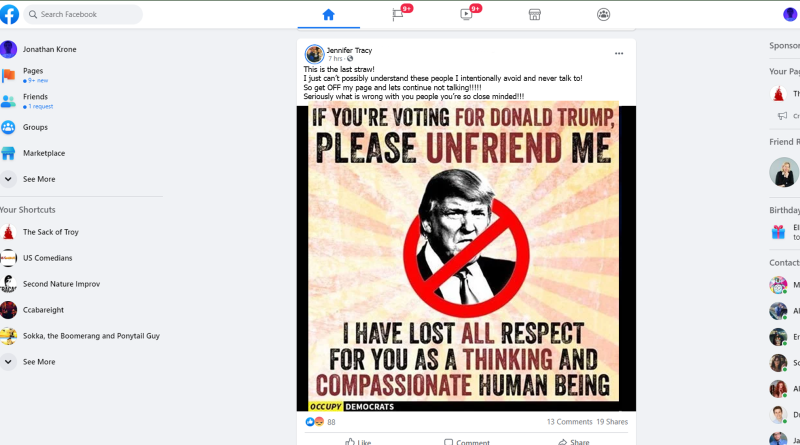 The post received an enormous amount of backlash from her friends and family, and even went viral. Thousands of angry patriots reacted with horrifyingly threatening “angry emojis” and even went as far as to comment things like “stupid liberal snowflake” and “you’re not my daughter anymore.”

Such comments led us to her mother’s Facebook profile whose bio said “Mother, Wife, Christian” accompanied by the cross emoji and the soccer ball emoji. Her page was full of copy-paste text posts and embarrassingly formatted memes about “emails” and “China.” Other posts included images stating “Share if you love God. Ignore if you worship the devil.”

“I’ve tried to educate my mom about how backwards her opinions are,” said Tracy “but all she does is threaten to take away my BMW and stop buying me Tito’s. It’s like she doesn’t understand how privileged some people are. It’s so unfair.”

Jennifer’s radical actions recently landed her a spot in the Ventura County Jail and widespread condemnation from right-wing pundits. Authorities believe she may be a member of ANTIFA. 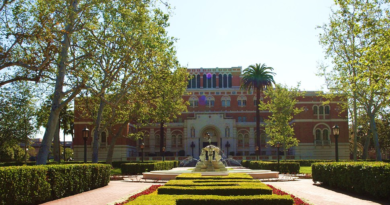