SEATTLE, WA — In an act of remarkable corporate philanthropy, online retail juggernaut Amazon announced today that it will begin donating the organs of employees who die on the job.

Amazon spokesperson Todd Walker spoke to the Sack of Troy about this admirable new initiative. “Amazon is deeply committed to improving people’s lives, and this policy is an extension of that. We’re taking many steps to address organ transplant shortages, such as hiring more than 175,000 new workers who we’re hoping won’t last long. Fingers crossed that COVID-19 keeps ripping through our warehouses. That’ll help us save a lot of lives.”

Amazon recognizes that time is of the essence, so it has already started training its workers to handle its ever-expanding supply of lungs and livers. “Whenever an employee generously falls off a ladder or collapses from exhaustion, their co-workers will compassionately dismember them and pay their respects within five minutes of death, guaranteed. We know how emotional this’ll be for our employees, so we’ve taught them that it’s okay to feel overwhelmingly proud that they’re part of this visionary program.”

Shipping procedures are not the only thing changing in Amazon facilities. The company will keep its warehouses at 20 degrees Fahrenheit for optimal organ preservation, and implement heartbeat trackers so it knows exactly when an employee’s organs become available for donation. “I think of Billy Foister, our employee who suffered a fatal heart attack and laid there for several minutes before anyone noticed,” said Walker, choking back tears. “It haunts me that if we’d only acted a little faster, we could’ve harvested his organs.”

Amazon is also rewriting its code of conduct to ensure that each Certified Pre-Owned organ meets its rigorous standards. Any employee who takes pain pills for work-related injuries and damages their liver in the process will be fired for destroying company property. To protect each organ from the negative effects of a sedentary lifestyle, employees will no longer have days off. “We haven’t heard anyone complain about time off so far,” said Walker. “It’s heartening that our employees understand the good we’re trying to do, and the good we’ve already done by donating their tongues to oral cancer research.”

As if Amazon’s dedication to saving lives was not already clear, Walker confirmed that employees at all levels, including CEO Jeff Bezos, will participate in the initiative. “When [Bezos] dies, his brain will be donated into one lucky Amazon Prime member. We’ll resurrect him to run our company again and again, like a capitalist Dahli Lama.” Amazon briefly considered donating Bezos’s remains to medical research, but decided that researchers had already learned enough about his body from his leaked nudes.

Before the novel coronavirus caused a national organ transplant shortage, Amazon had been developing a different organ transplant initiative. “We’re big believers in internal promotions, so our original plan was to promote our hardest-working employees’ organs directly into our executive’s bodies. It didn’t take us long to realize how crazy that was. How could we hog all the best organs when there’s people out there who’ll die without them? The way I think about it is, a coffin is basically a package that’ll never be delivered. Amazon could never ignore a preventable death.” Clark abruptly ended the interview after learning that one of his employees, a man he had worked alongside for decades, had been impaled by a forklift.

“Yipee!” he exclaimed, racing off to update his “Days Since Last Accident” sign. 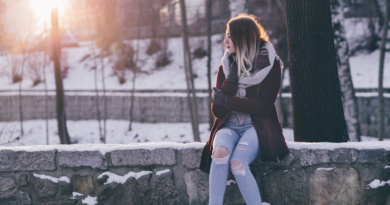