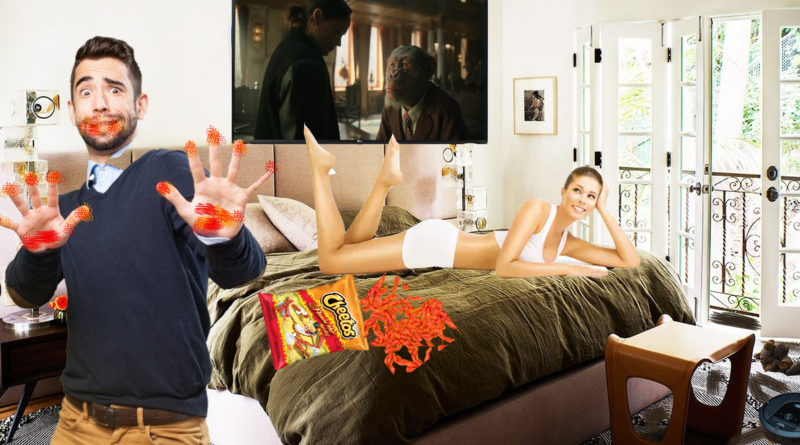 LOS ANGELES, CA — Cameron Winters found himself in deep trouble this week when his girlfriend, Alyssa Newbury, came home from work earlier than usual and he was doing exactly what it looked like he was doing.

When Newbury entered their apartment’s bedroom, Winters shouted, “Babe, it’s not what it looks like! I know I’m watching The Umbrella Academy without you and I should be at work and that there’s dog shit on the ground that the Roomba spread, but you have to give me the benefit of the doubt. I can explain everything!” Newbury and Winters had previously agreed to not watch the show without each other, along with keeping the apartment clean and doing their damn jobs.

“I am just utterly disgusted by him.” said Newbury, “So much for basic human decency. He literally ate my bag of Flamin’ Hot Crunchy Cheetos. There were cheese dust handprints all over the walls!” Newbury has since chosen to take a break from her relationship with Winters to determine whether or not she wants to continue it. This decision comes after similar previous incidents involving used cat litter spilled on the linoleum flooring, cigarette burns, and unsourceable stains on the couch, as well as a bathtub full of pizza toppings and candy lingerie.

According to Newbury, Winters had an explanation for everything seemingly wrong. “Listen! Those are candy wrappers, not condoms, and our dog isn’t missing! The Roomba just spread some new cleaning solution, and I’m watching Netflix backwards so it doesn’t count,” commented Winters. “Plus, Chester the Cheetah just happened to swing by when I was taking a nap on my 23rd day off that my boss from my vacation-less job gave me.”

Winters did have one affirmation for Newbury, “But yeah, I’m currently in our bed with my coworker Katie from the Holiday party, and we did just have sex, which is why both of us are naked from the ass down—minus the socks. I hope you don’t mind.” 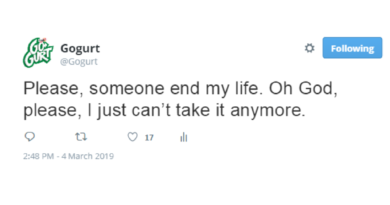 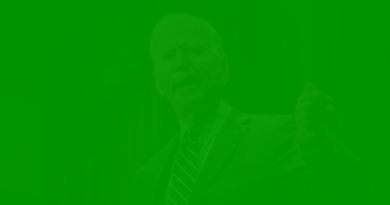 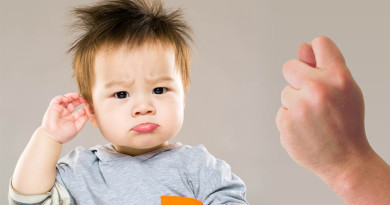