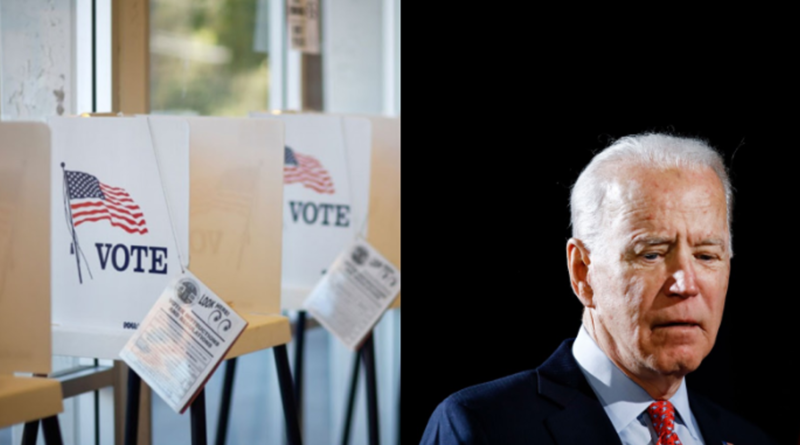 UNITED STATES OF AMERICA – In an enthusiasm groundswell never before seen in American politics, the 45% of the general public who don’t vote expressed their excitement to turn out in 2020 for former Vice President Joe Biden and Senator Kamala Harris.

“The energy in the air is palpable,” said single mother Rashida Jenkins of Winter Park, Florida, “I work 3 jobs to support my kids, and COVID-19 forced me onto unemployment. But when Joe Biden said we should deploy the Defense Production Act just hours after Trump had already done so, I knew he was the guy for me. Normally I can’t take time off work to vote, but I’m willing to lose my job to get this people’s champion into the White House.” Jones was not alone in her vociferous support for the architect of the 1994 Crime Bill.

“My father is actually incarcerated,” said Josh Hollingsworth of Toledo, Ohio, “so I really appreciated it when Joe lied about his involvement in that bill. After four years of Trump, America desperately needs the kind of leader who makes obvious mistakes but then downplays them with lies.” Hollingsworth said that he had never registered to vote before, but Biden’s strong progressive platform of “nothing will fundamentally change” changed that. “As soon as I heard Biden was the nominee, I just had to sort out my voter identification to signify my support for the status quo. The only reason I haven’t voted in two decades is because those candidates weren’t moderate enough for me.”

This yearning for centrism and compromise was echoed throughout the country. In Clearwater, Michigan, diabetic Katie Redman has been making phone calls on Biden’s behalf for weeks straight. “I’ve had to ration insulin during this crisis in order to pay my bills, but once Joe Biden tweeted “Healthcare is a human right,” I knew my worries were almost over. I know the Vice President will fight for my healthcare AND insurance executives. He even said that he would veto Medicare for All if it made its way to his desk! That kind of leadership is exactly what this country that overwhelmingly supports Medicare For All needs.”

Political analyst Jeff Richardson has an explanation, “Recent primary wins for progressives like Jamaal Bowman, Alexandria Ocasio-Cortez, and Mondaire Jones prove beyond a doubt that these radical socialist ideas are totally unpalatable for American voters. Joe Biden’s message of not being Trump is really resonating with voters who have been fed nonstop anti-Trump propaganda for 4 years. 100% of the problems in our nation are 100% caused by the bad orange man, and getting him out is all that matters.”

At press time, Richardson and other people with blue checks on Twitter were relentlessly shaming thousands of Russian trolls posing as Americans who dared question Joe Biden and the wisdom of the lesser of two evils.