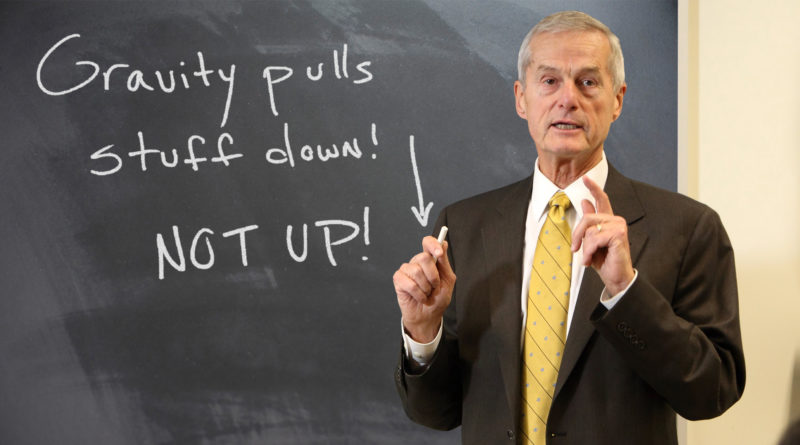 USC — Dr. Richard Carlyle took a deep breath and counted to ten Monday during his PHYS-100 lecture after realizing he just couldn’t dumb down the concepts any more. Carlyle looked out into a sea of blank stares and open laptops, and realized even the most simplistic terms wouldn’t do the trick.

After bastardizing gravity with a weak “dropping the beat” analogy, he burst out in a fit of rage.

“Big stuff pulls on little stuff, people! Are you happy? 15 years and two PHDs for that,” Carlyle screamed, breaking a pencil between his fists.

Every year, Carlyle takes a break from researching with the world’s leading physics professionals breaking down the finer components of string theory only to teach a 9 a.m. ‘Introductory to Physics’ lecture full of underclassmen who’d really rather not be there.

“At the beginning of the year Prof was super enthusiastic,” recalled sophomore Brandon Choi, “then I slept in for a few weeks of lectures, and when I got back you could tell the life had really been sucked out of him.”

“Things weren’t much better in the class’ lab section either,” said T.A. Jessica Stein. “It’s not even just physics concepts. It’s basic life stuff. One kid asked me how to use his ruler.  Another had to take out his calculator to add. Single digits!”

When freshman Stephanie Martinez appeared to even loosely grasp how to boil water for an experiment, the others swarmed to get her as their lab partner.

“They were falling over each other. It was scary,” described Martinez. “You really gotta be careful about looking like you know what you’re doing.”

By the end of the lab section, Stein gave up and just started writing answers on the chalkboard. 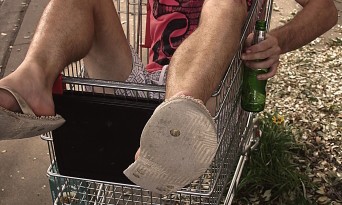 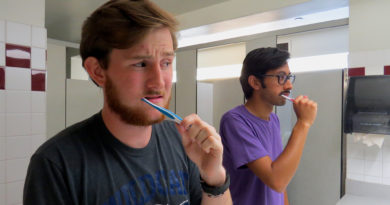