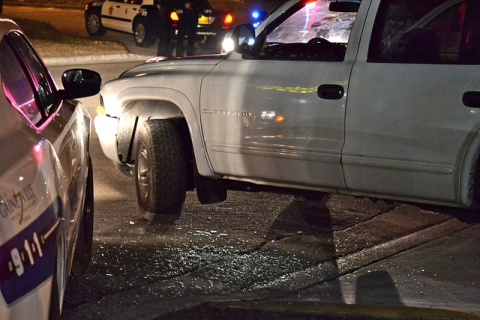 USC–It all began on a dark and stormy night. (Or at least, that’s how I’ll start the story when I tell it.)

I’m Kirk, two year vet of the Campus Cruiser taxi system. I drive people around all night long and it’s boring as hell. But one day, I’ll get somebody real exciting, and sh*t will get real.

“Follow that car and step on it, you piece of sh*t motherf*cker!,” he’ll yell. And I’ll have to do it! It’s my job! (Until I get outside the Cruiser territory, of course.)

How the hell did he know he’d need me when he called half an hour earlier? No fu*kin’ idea. Guy’s a bada*s.

God, I can’t wait. It’ll be like Taxi Driver. I’ll get wrapped into this huge crime circle and have to save all these people. Then I’ll have to kill the mob boss and become king of the taxis. (To be fair, I haven’t seen all of Taxi Driver, but I assume that’s how it ends.)

Oh man, this is gonna be great. And the dude will have a gun. Then do I decide to go with it or try to stop him? I help him. I trust this guy, I mean he’s f*cking bleeding all over the place. He’s gotta be the good guy!

And then we take off, we’ll be running red lights, and he’ll be yelling directions, and I just keep driving faster and faster. Then the police start chasing us! Damn! F*cksh*t! This is sicka*s sh*t!

What’s he gonna do then? We caught up to the other car, and they start shooting back at us! B*tchsh*t! Turdf*ck! G****thr**t!

My cruiser careens off the road as I lose control and slip into unconsciousness. I wake up in a hospital room. F*cking trashed as sh*t. Police chief is there. Tells me I’m a hero. Gives me an award. University gives me paid leave, another award, one on one dinner with C.L. Max Nikias, key to the city. Captain F*cking America. The works.

Looks like I gotta stop this story here before this guy tries to engage in nonconsensual f*ck with this girl in my backseat.

USC Announces Plan to Build Moat and Drawbridge Around Campus 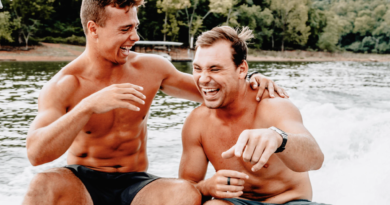 In Sick Prank, USC Students Exposes UCLA Student to COVID… Guys, I Meant Sick As In Bad. What’re You- No! Stop High-Fiving Matt!