Zarif was of course referring to the American pop star Justin Bieber, who was arrested last week on accounts of drug possession and drag racing while intoxicated.

Zarif went on to describe his infatuation: “Our country may not like America, but we sure as hell can get behind Justin Bieber. How lucky are we to have a kid like this in our current media climate?”

Making headlines the night before Bieber’s arrest, the Iranian Foreign Minister had publicly stated that Iran was not prepared to dismantle any of its nuclear weaponry, despite a clear agreement with the United Nations and, more specifically, the United States.

“That’s what’s so great about it. We stand up and completely go back on our word. I’m not even gonna sugar coat it here: we will do nothing that we agreed to do. And we expected some pretty widespread outrage from America, and then this gets dropped in our laps this morning. Justin Bieber arrested! Hot dawg!”

Over the course of 12 hours, the CNN.com site had in fact replaced the Iran news with the Bieber headline, bumping the startling announcement from Zarif to the bottom of the homepage, just below news concerning torture of innocent civilians in Syria.

“We can really do whatever we want today. Who wouldn’t cover Justin Bieber in America? Nobody. That’s suicide. We literally reversed years of political progress yesterday, and today? Nothing. So yeah, you could say we’re all pretty huge Beliebers here.”

Zarif concluded the interview by singing his own rendition of Bieber’s hit single “Baby,” which has topped the Iranian billboards as of today, just above “Habib Mira” and “Dhoom Machale Dhoom.” 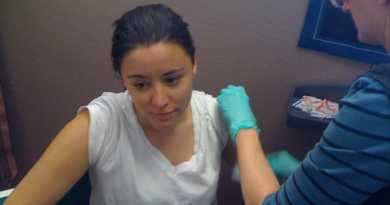 Vaccine to Be Made Available to The Most Fuckable People First