USC administration launched an investigation yesterday into the contents of Ground Zero Performance Cafe’s famous milkshakes. “We literally have no idea what is inside of these things, and we intend to find out, in case they ever shut down,” said Bill Fullerton, visibly shaking spokesman for the USC Food and Drug Administration, a division of Student Government.

The investigation was originally suggested after alumni Instagrammed a video of an angry mob of milkshake-starved students violently shaking the circular building when it was closed for the Utah State home game. Blood curdling screams of withdrawal were apparently heard all over campus.

In response, President Nikias is quoted as saying “The milkshakes are fine, we really don’t need to look into them any furth—Holy fuck there’s a giant spider mounting Doheney Library!” before tearing off his own face, and rendering himself incapable of decipherable speech.

“I don’t see what the big deal is,” says Esmy Jimenez, a longtime employee of the campus institution. “It says right here on the chalkboard that we put Bath Salts in every milkshake. That’s how we can get away with charging these prices. I thought everybody knew that.”

When Sack of Troy attempted to contact the Keck School of Medicine about the implications of a campus physically addicted to its milkshakes, they told us to “back the fuck off” and “stick” our “devil words” where they “belong.” Beyond that, this reporter heard only garbled screams.

According to USC alum Diane Warner, “It’s just like any other part of the SC experience. You cheer the team on at the Coliseum, you go to the row on Thursday nights, and you let your life hellishly descend into a crippling fight for survival over your favorite Ground Zero milkshake, before clawing yourself out of the infinite abyss of depravity and lawlessness that your life has become and reclaiming the meager shreds of what was once your dignity. They do the same shit at Notre Dame.” 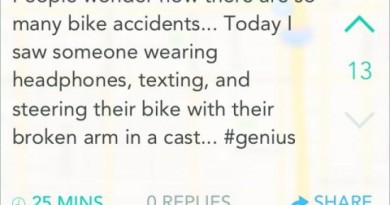