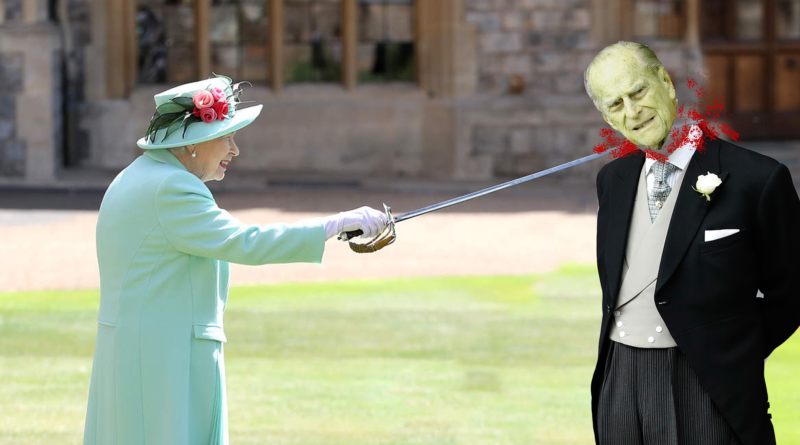 LONDON, UK – After years of battle, on Friday morning the Queen finally defeated the Zombie form of her once-husband, Prince Phillip.

Their long fought war came to a head Thursday night, when Prince Phillip staggered onto the grounds of Windsor Palace in search of his next meal. The Queen stood at attention, clad in her traditional battle garments, and surrounded by her Corgi army, a bunch of vicious killers who had trained for this exact moment.

As Phillip lurched his way to the main courtyard the Queen stated “You have come to die.” To which Phillip responded “eughguehueh,” a distraction technique the Queen knew well. Zombie Phillip learned how to mimic the speech patterns real Phillip used while living in order to remind the Queen of her once lover.

In the final battle, the Queen prevailed, ending the war which lasted over 20 years. Atop the body of her fallen enemy, the Queen stated “We have finally defeated one of the many Zombies in power. Mitch McConnell, I am coming for you next.”

Study Finds DayQuil To Be Gateway Drug To NyQuil 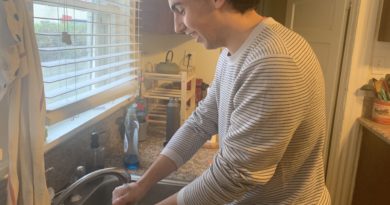 “Hey, This is Kinda Neat,” Reports Local Man After Washing His Hands for the First Time