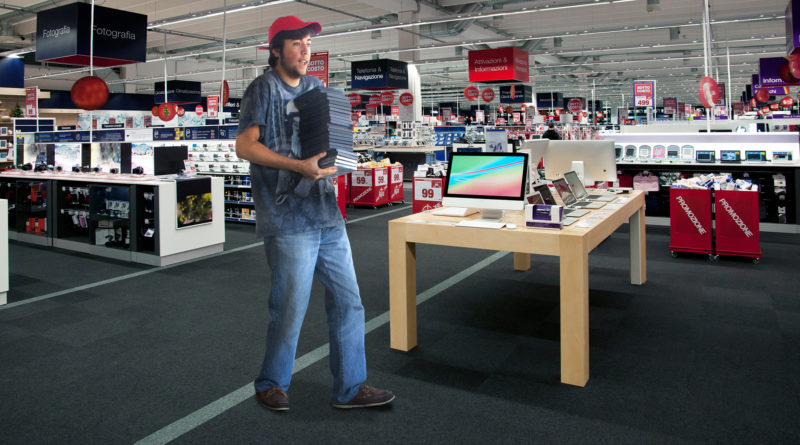 BUFFALO, NY — After standing in sub-zero temperatures for six hours, local man George Thurwood pushed and shoved his way into the McKinley Mall Best Buy at 6 a.m.. Unlike all the other customers who bought TVs and Playstations, Thurwood bought 37 copies of Jack Reacher instead.

“I got these for so cheap I practically stole them,” cheered Thurwood. “That’s 4,180 minutes of Tom ‘Action Jack’ Cruise, and for two bucks a movie that’s 65 minutes per dollar. Now that’s a what I call a Black Friday deal.”

Although people throughout the store were making obscene purchases, Thurwood’s decision was the only one that left customers and employees asking, “Why?”

“I would kind of understand buying one or two copies, but 37?” questioned checkout clerk Christina Burgeon. “When I asked him why so many, he said ‘one Jack Reacher for every room in the house,’ but I don’t see how that’s practical and I doubt he has 37 rooms.”

“I love Jack Reacher too,” said customer Jerry Jones who was buying six 3D TVs, “but when I asked him if he’s seen the new one, Jack Reacher: Never Go Back, he said, ‘Who needs the new one when you have 37 versions of the original?’ I didn’t know how to argue with that.”

Thurwood reportedly took every copy of Jack Reacher in the store, and even requested employees to pull more from the back.

“He kept pushing everyone away like they were going to steal one of his Jack Reacher DVDs. Don’t worry dude. No one wants that shit,” said customer Sarah Burnett who was buying 16 Wiimotes.

When Thurwood returned home, he put the 37 copies of Jack Reacher on the shelf next to his 45 copies of Armageddon that he got for a “wicked deal” last Black Friday.

Report: Bob Dylan Isn’t Dead, But A Few Of You Thought He Was, Right?