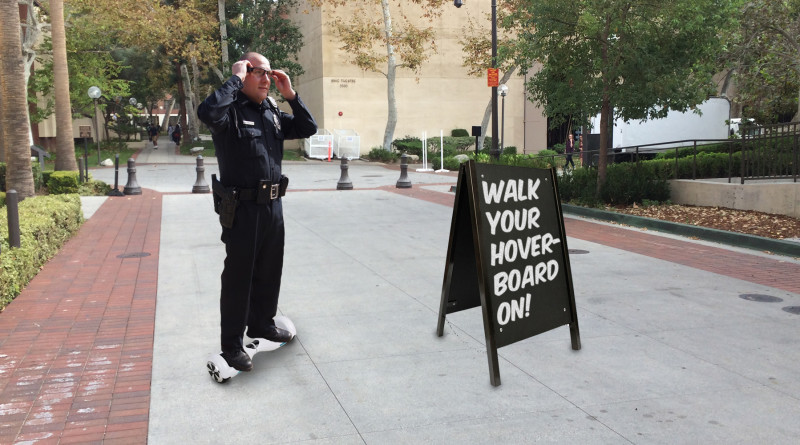 University of Southern California–To meet USC’s budget cut demands, DPS is replacing their current fleet of segways and “chariots” with hoverboards.  DPS claims that they can no longer afford three wheels per officer and must downsize to more brand-new, state-of-the-art, two-wheeled technology.

Citing research by Professor “Doc” Brown, Ph.D., DPS Chief Marty Tannen stated that “the math is simple.  Our chariot segways have three wheels, while the newest technology will allow our officers to operate with only two.  We are, quite frankly, two tired of third wheeling.”

Citing concerns about public image, Chief Tannen also stated that the new hoverboards look “McFly” and will improve the public’s perception of DPS officers as trained athletes, as the USC Athletics Department has already equipped its own athletes with hoverboards.

Hoverboards will enhance DPS officers’ ability to perform their duties as well.  They will be able to rotate in a circle more efficiently and pursue bike thieves at speeds up to 6 mph.

DPS would like to remind all students to follow the hoverboard transportation rules as well.  Please register your hoverboard, and walk your hoverboard during peak traffic hours (10 AM to 2 PM) at the Campus Center.

After removing the employee transit subsidies, the university will offer hoverboard subsidies instead.  The university cites sustainability as one of their top goals, noting that two wheels is better than three and that this is definitely “some form” of alternative transportation.

DPS’s most popular addition will be a new “HOV Lane” in tandem with the bicycle lane on Trousdale. The new HOVerboard Lane is for hoverboarders only.

With these new changes, USC and DPS look to bring the campus back to its budget and back to the future. 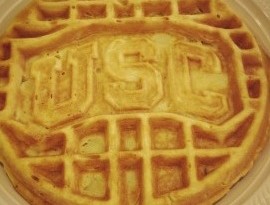