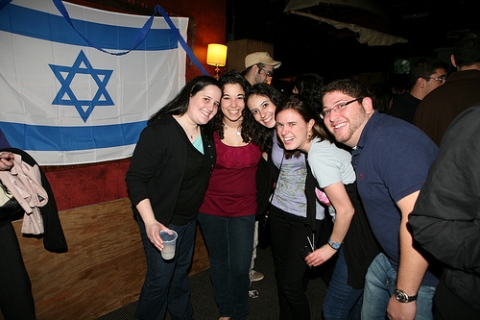 In a recent statement that has shaken the campus party scene, the president of the Iranian club, Jeff Wong, has denied the existence of a recent Jewish Fund-rager.

The event, called “ The Bar of David,” raged for nearly four hours Saturday night on Menlo before DPS stormed the apartment and brought an end to the senseless raging.

The party is known across the campus as a prime example of humanity’s depravity, debauchery, and chillness.

Witnesses to the party have rebuked Mr. Wong’s statements.  Jaime Quinn, a sophomore in the Jewish club, told reports, “It’s despicable how Mr. Wong can deny the party’s existence in the face of so many Instagram photos to the contrary.  And it’s a disgrace to the wingmen and designated drivers who have friends who blacked out at this party.  We all know people who were affected by this party.”

While many have spoken out against Mr. Wong’s comments, some believe there is exaggeration on both sides.

A club official who wishes to remain nameless claims, “The fund-rager did occur and that we can never forget that.  But I do think that some of the numbers are a bit high.  There’s just no way three hundred people were at that thing, no way.”

Others have pointed out that the Russian fund-rager, ‘Roski Brewski,’ across the street was even more bumpin’ than the Jewish one.

Mr. Wong claims that the fund-rager is merely propaganda used to drum up support for the Jewish Club’s occupation of Doheny’s west basement.  The space was originally held by the Palestinian club before being given to the Jewish club.

The two clubs were set to sit down and discuss the Doheny situation, but the talks fell through.  Mr. Wong claims, “We will not budge on our position that the library space is our God-given right and, therefore, we will not sit down to discuss the situation with the other side.  Also, some of us have midterms later this week, so Tuesday night we’ll be totally swamped.”

In response to his critics, Mr. Wong made a follow-up statement saying, “I don’t want tensions between our clubs to boil over into violence.  Our clubs have so much in common: we love pita bread, we love raging and we distrust hippies, which is why I invite all Jewish club members to our fund-rager: ‘I-Rock, I-Ran, and I-Partied.’” 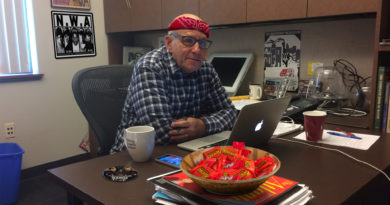 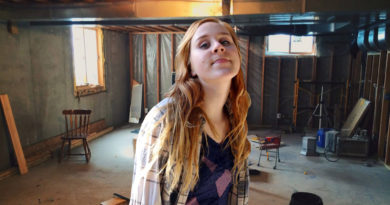