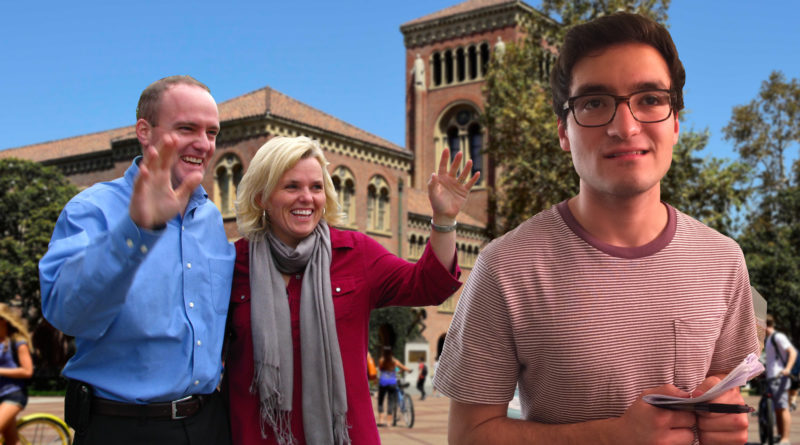 USC — As Parents Weekend comes to a close, breakups have increased by 50% after students came face to face with what their significant other will look like in 25 years. At the sight of odd body shapes, many students decided to end their relationships with the fear of spending the rest of their lives with someone who’ll turn out looking substandard.

“I really thought Brad was the one,” said newly single Kelsey Finnegan. “It was such a shock meeting his father. Maybe he won’t inherit that horrible fashion sense, but there’s no way he can avoid the extra forty pounds, pattern balding and ear hair. I just can’t risk it.”

Sophomore Steven Lambert was also left helpless and girlfriend-less after his parents insisted on bringing his grandfather along for Family Weekend events.

“Dad’s pretty average-looking, so I thought it would be okay,” said Lambert. “But the moment Gramps gave her his trademark toothless smile, she said her dog was having a ‘fashion emergency,’ whatever that means, and I haven’t heard from her since.”

After losing her last two girlfriends during previous Family Weekends, junior Cecilia Wilkerson was overjoyed to hear that her parents’ flight from Miami was cancelled.

“It’s too bad I won’t get to see my parents for another few months,” said Wilkerson. “But at least I get to keep my girlfriend. Hopefully once we’ve hit the one-year mark our relationship will be able to survive the sight of my mom’s saggy skin.”

Having moved across the country precisely to avoid this embarrassing situation, Erik Ballard was deeply broken-up over his breakup: “None of the girls back home would even look at me after seeing my mom’s horrible wrinkles and my dad’s weird distribution of fat.”

Alas, Ballard’s longest relationship of five weeks ended on Family Weekend, with his girlfriend Alicia running off before he could explain his father’s protruding back hair.

“The worst part is that I’m adopted.”

Faculty Master Written up for Drinking in Dorm 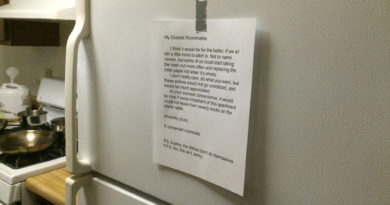 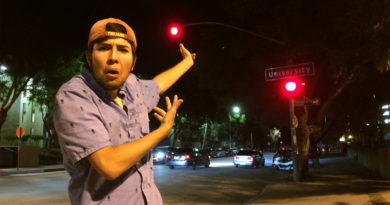