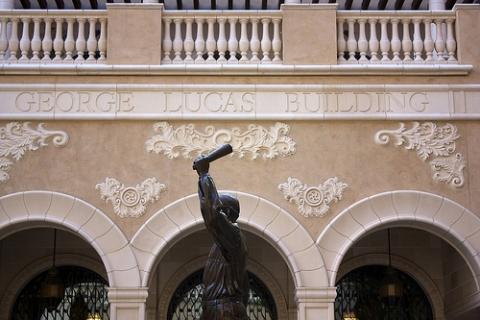 Following its purchase of LucasFilm back in October of 2012, the Walt Disney Company has recently purchased the George Lucas Building in USC’s School of Cinematic Arts.

The mind behind Luke Skywalker and Princess Leia’s implied incestuous relationship, George Lucas, is ready to move on. Lucas plans on retiring, so he figured George Lucas Building should too.

He says, “It’s now time for me to pass George Lucas Building on to a new generation of billionaires.”

Disney bought LucasFilm, which includes Star Wars, for $4 billion, which is about the same price George Lucas Building is valued at. The franchise, known for tasteful and family-oriented content, has established its mark in the history of cinema.

Disney CEO Robert Iger says, “Disney is a name a film school trusts. This is the right step towards greater filmmakers. We want our company to make its mark on young generations of all ages and teach them invaluable lessons about life. The beast can get the beauty, with exception to hunchbacks.”

Lucas will remain the creative consultant of George Lucas Building, with decisions that range from choosing wall paint colors to choosing armchair arrangements. SCA’s dean Elizabeth M. Daley says, “We wanted to make sure Mr. Lucas still has some kind of control. And make him feel like he’s still the boss in some way.”

George Lucas Building will be closed all of Fall 2014. Classes that usually meet in the building will be held at the local University Village theater across the street from campus.

SCA students will also be given Disneyland park-passes available throughout the remodeling process (excluding holidays, non-school days, schooldays, and Fridays through Thursdays).

There are reports from Disney that SCA’s Steven Spielberg Building will most likely be shut down almost immediately. Reports also say its current name may be replaced with a name more in touch with USC students and faculty, such as the Ronald Reagan Building. 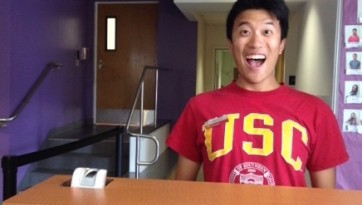 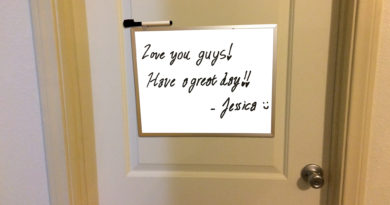